We Consign Cars! When the time comes to sell your Prized Possession, it deserves professional representation, high quality marketing, and the attention to detail that Motoexotica is known for. Choose the experts at Motoexotica Classic Cars in St. Louis Missouri. 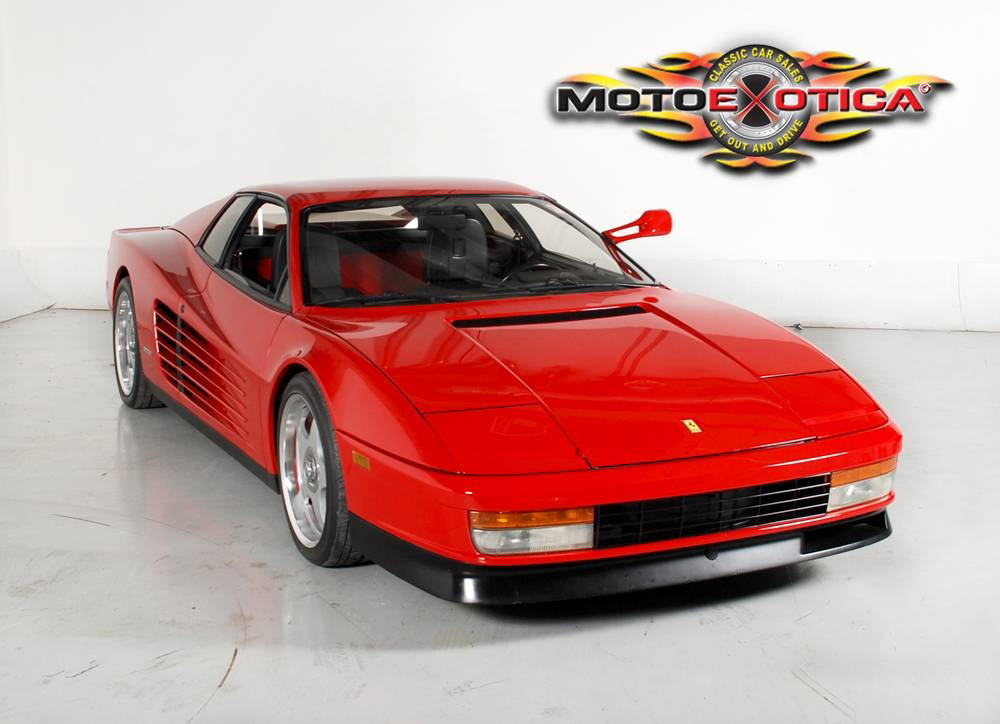 Hi Brittany, Thank you so much for those pictures, I’m delighted to see it’s on its way. I really appreciate all of your help, holding my hand with my first American purchase. Please let your Head guy know how happy I am, Kurt has been fantastic, I have bought the car from pictures alone which is also a first for me. Kurt has been great with all his communications, and I can’t thank him enough. Hopefully, I will do business with you guys again, and hope it arrives as good as it looks. Thanks again for all your help.

Saw this video several months back and as it turns out, just purchased the car. MotoeXotica is a great place to buy a Classic Car. Their sales rep (Kevin) was professional and made sure I had a great experience. Their mechanic (Jeff) addressed a few issues with the car before I made the 11 hour trip back home (changed oil/filter, volt meter wired always on, lose tach wire, reset carb floats, reset timing). I live in the south so it’s mid December and I’m still enjoying ‘top down’ cruising (today’s temp 78degrees 

Just wanted to let you know that I am loving my Bucket T and that I have won 3 trophies in the first 4 cruise ins/shows. It is really a nice build. Thanks for making the buying experience so easy and selling me the Bucket at a really fair price. Please let me know if you get a 56 Chevy…….it is my next toy. I want a nicely restored, hot rod type 56. Let me know if you get something in. Thanks again.

Hi Brittany and Kevin, Well we finally got the car last week, much latter than we first expected but that’s all part of the learning curve and we now know that perhaps we didn’t choose the best shipping agent. Unfortunately the car was held in LA as the shipper didn’t have clear title on the other car that was going in the container with ours, so we waited two months for that to be sorted out. Then Customs in Australia delayed it for a week because of mud and seeds caught up in the rear springs, whether they were just flexing their muscle or there really was, we will never know. However by far the most disappointing part was the agent was an extremely poor communicator and we had to continuously pester him before he would send an update, unlike you guys who were always very responsive.

Most importantly though the car has arrived in one piece and it was as described so we are very happy. I attached a proof of life photo from Albury in New South Wales on its way to Melbourne. The car is now enjoying some of what an Australian summer has to offer, perhaps the warmest it has ever seen, as it was in Sydney when they had a few days around 110F.

We have been corresponding with the previous owner who has been very helpful to understand the condition of the car, the work previously done and the back story around why the car was sold back to the St Louis Museum. According to him the car was taken back because the condition of the car was misrepresented to him at the time of purchase, while he didn’t get his $20K worth of repairs back the museum bought it from him for the original purchase he paid. Of course this is only one side of the story and truth may, and quite often does, lay somewhere in between but according to him the straw that finally broke him was the diagnosis that the camshaft is damaged and that it was going to cost him $6,000 to have the engine stripped down and have it repaired. Being early days we are still trying to get the car settled in but it is starting easily so that’s a good sign and once we’ve serviced the basics and getting it registered for the road we’ll try to see if there is any credence to the findings on the camshaft.

But I must say once again thank you both for making this long distance transaction possible and for all the help along the way with our requests.

In the meantime we’ll keep an eye on your website for perhaps another Cadillac a little earlier or an early teens Buick as these would be on my bucket list to own. You never know we might be talking again.

By the way I was impressed with the professionalism of Curves Ahead if you ever are looking for a carrier in the US as they were particular good to deal with, it was only once it left their hands that things went awry.

Hi Brittany: The Conquest has arrived in good shape. It starts easily, runs and handles very well. I appreciate the inclusion of all the maintenance records, and I am satisfied with the purchase. Thank you kindly for your efforts, and thank Rodger for me.

Sign up now for our weekly newsletter and keep up with our latest inventory!

Come by any time we're open and take a free tour of our showroom!

In the meantime experience a virtual tour of our showroom